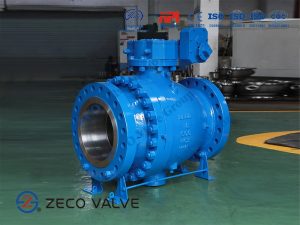 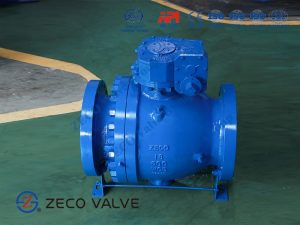 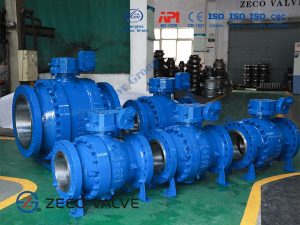 ZECO carbon steel ball valve is usually used in non-corrosive media, under certain conditions, such as a certain range of temperature, concentration conditions can also be used in some corrosive media. Suitable temperature in – 29 ℃ ~ 425 ℃, the commonly used brand for WCA of ASTM A216 / A216M, WCB, WCC. When the strength requirement is higher, WCC is adopted, because the Mn content in WCC is higher, which improves the strengthening effect of steel..

1. The single piston effect is the standard design for ZECO carbon steel ball valve. Pressure from both upstream and downstream sides pushes the seat rings against the ball. If the force created by the body cavity pressure is greater than the preloaded spring force plus the force created by the pressure from upstream or downstream side, the seats are pushed away from the ball. Thus, any overpressure in the body cavity is released automatically in the valves’ fully open or fully closed position;

2. ZECO carbon steel ball valve has the fire safe design. Leakage from the valve stem area is prevented by two o-ring seals and a gland gasket. Leakage through the valve body connection is also blocked by an O-ring seal and a body gasket. After a fire deteriorated the o-rings, gland and body gasket, the fire safe stem packing prevents external leakage;

3. ZECO carbon steel ball valve has an anti-static device, preventing the harm of static electricity on the pipeline;